Problem: The data visualization on NYC's snow plow tracker, PlowNYC, is hard to understand at a glance.

Solution: A new color scheme that is designed for glanceability on top of technical accuracy.

This was the PlowNYC website in the winter of 2020.

I believe that good data visualizations should feel like what they're saying. The colors used on PlowNYC (green, violet, and yellow) are supposed to represent increasing time since the last snow plow but it just didn't map mentally. There might be technical or organizational constraints that led to this outcome but in case not, I thought I'd explore what it should be.

I first attempted to make the website as a whole feel like the weather it's describing. That meant using an icy color theme that felt like piling snow. I chunked the data into two buckets: hours and days. I envisioned the roads starting out cold (blue) as long as the last time it was plowed was less than half a day ago. Once it tips over to more than half a day, it should escalate to icy (purple).

Although this was great in theory, it didn't stand up to the data simulation. The blue was too similar to the Google Maps base which I thought was pleasant and wanted to keep. There needed to be a clear distinction between the data and the background map.

Next, I decided to use a more familiar health spectrum. I chunked the durations in the same way but used green/yellow for hours and orange/red for days. This has better contrast against the map. But I realized the most common durations (0-1, 1-3, 3-6 hours) need more differentiation.

For the final version, I made sure to increase the contrast beween the most common data points. One interesting piece of feedback from a friend was to place the tipping point (orange) between "I can see the snow piling up" and "I can't tell the difference, it just looks like a huge pile of snow". They also suggested referencing air quality map colors which included the color violet to mean really severe. 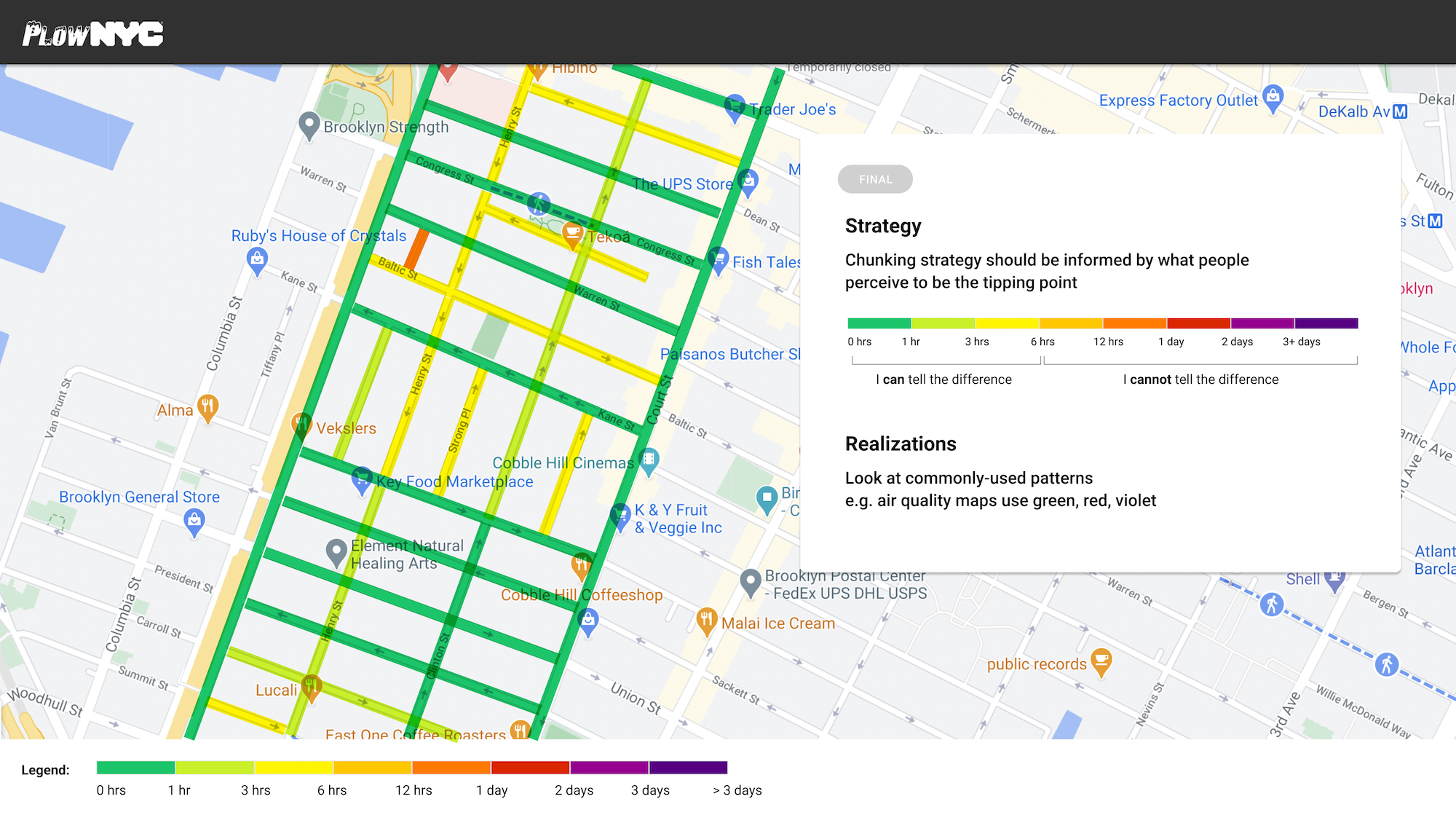